The female black widow will produces an egg sac containing 250-750 eggs that hatch in two to four weeks, depending upon temperature.

Black widow spider venom affects the nervous system. Because the bite itself is relatively mild, some people may not even realize immediately that they were bitten. The venom causes pain in the lymph nodes. Other symptoms of a severe bite include nausea, elevated blood pressure, sweating, tremors and increased white blood cell counts.

The wound may appear as a bluish red spot, surrounded by a whitish area. Both male and female spiders bite, but adult females produce the most severe bites. An antivenom serum is available through a physician, but it must be administered soon as possible after the bite occurs.

Wolf spiders are active hunters that patrol the ground for insects, small spiders, and similar prey.  They do not make cobwebs.  The wolf spider is a nocturnal predator.

Wolf spiders will inject venom if continually provoked. Symptoms of their venomous bite include swelling, mild pain, and itching. They prefer to run and hide but will attack when threatened.

They are found around homes with high grass, gardens, shrubs, ect… 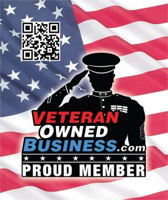